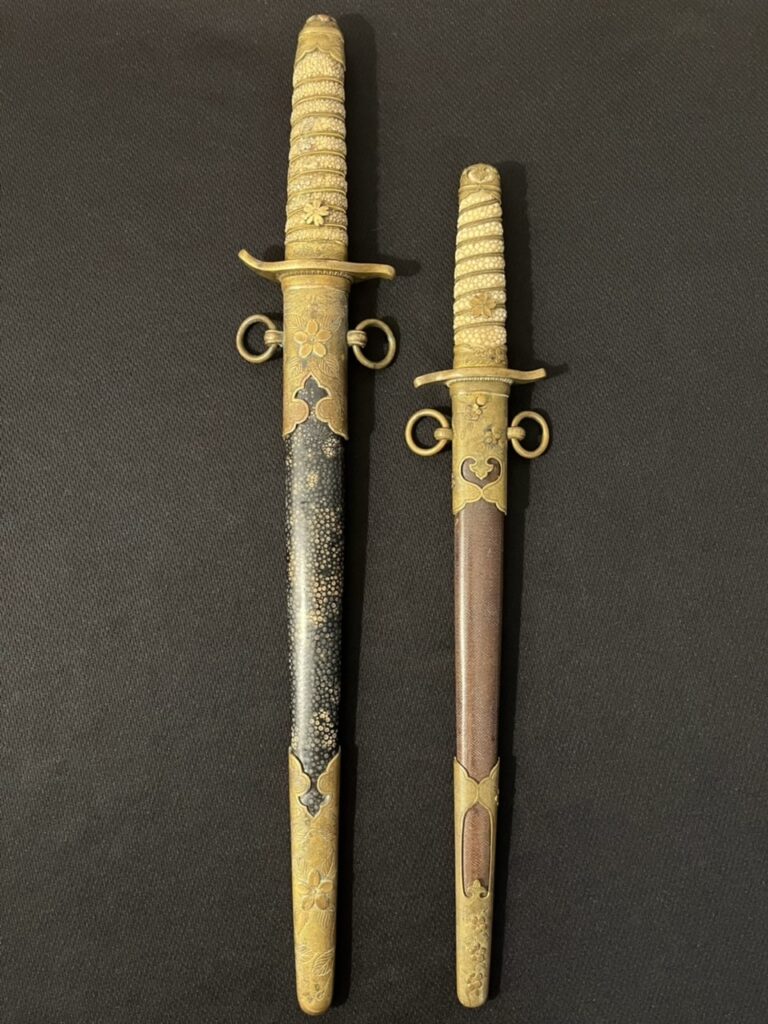 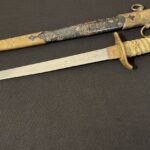 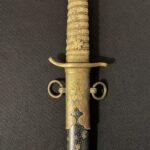 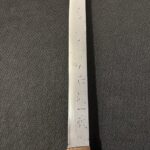 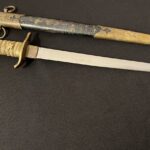 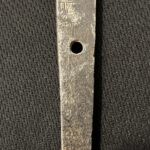 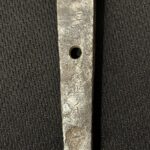 First note that this Mikasa Naval dirk is oversized (see photo comparing this dirk to an early 1st variation Naval dirk). The forged 9 5/16" blade has kanji horimono reading 'The Fate of the Empire is decided by this Battle'.

The ura-mei (reverse side mei) is the date this dirk was forged.

Note that in addition to this dirk's large size (17 3/8"), this dirk has premium polished same (rayskin) as opposed to sharkskin. Uncommon for a Japanese Naval dirk.