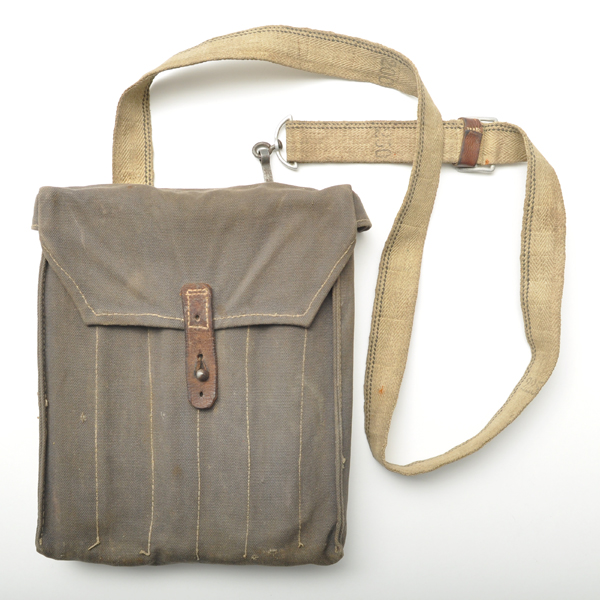 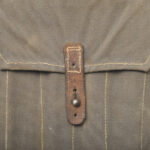 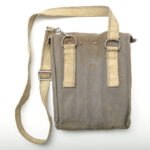 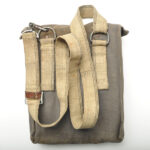 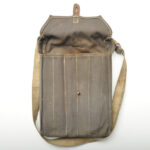 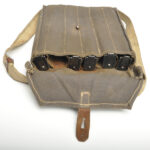 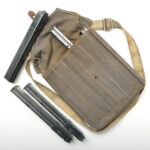 One of the rarest patterns of airborne equipment of the Luftwaffe paratroopers! The first pattern is made of blue tarpaulin and consists of an upper valve on the leather fastener, while the lower part features compartments for magazines. They were presumably produced in workshops of the air force units using custom sewing patterns. The pouch features an original shoulder strap made of a machine-gun belt.

This pouch is of great interest because it was bought from a son of a WWII veteran, who was a former military pilot and in 1941 personally took it off from a dead German paratrooper during the defense of Moscow.

As recollected by a veteran: «In 1941 German air troops attacked the airfield where our squadron was located. We succeeded to disrupt the attack and prevent the enemy to capture it. As a result, I and my comrades got a lot of captured weapons and equipment. This pouch has been with me throughout the war and it reminds me of that fight».

At the time of purchase there were 5 magazines in the pouch and all of them featured loose springs, i.e. the owner definitely kept them filled, why the kit was missing one magazine we can only guess.

The buyer will receive a biography of the owner written by his son.

PS: Judging by discussions of collectors this pouch is the second known of this type in the world and is found only on photos.