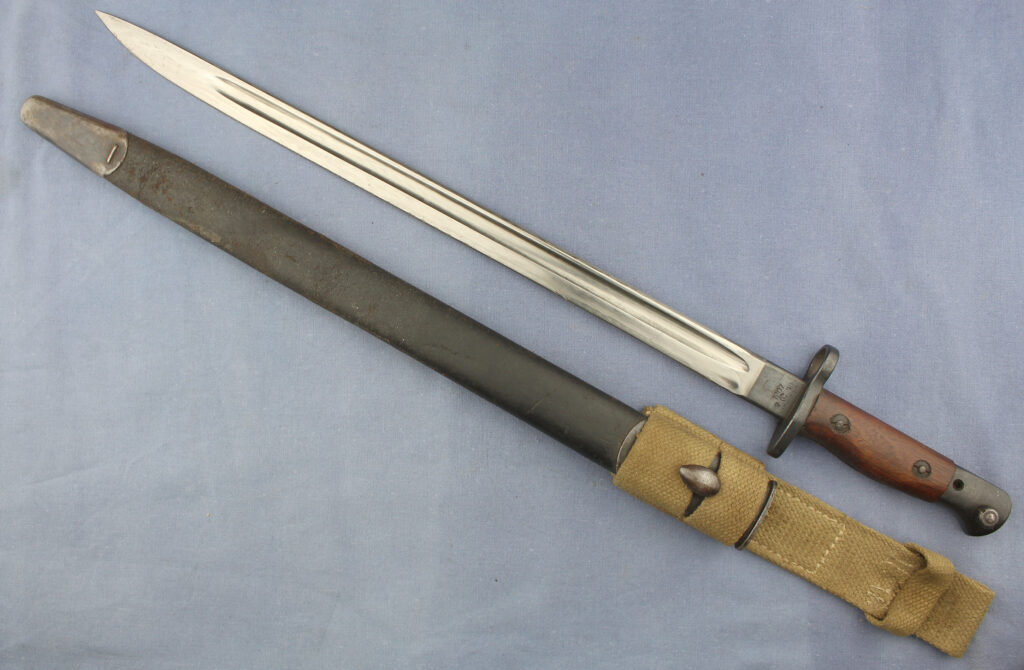 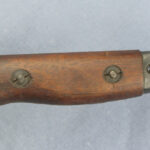 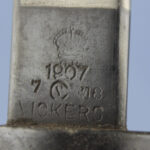 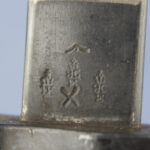 Made for British Lee Enfield (SMLE) No.1 MKIII rifle and it's variations. The Vickers made model 1907/13 bayonets are the rarest ones, only about 10 000 were made in 1917-1919. The factory failed to start the production by the initial contract in 1915 and produced only a handful of the model SMLE bayonets comparing to the other makers.

The bayonet is in good condition with the light but an unprofessional sharpening of the cutting edge. Markings are very clear.